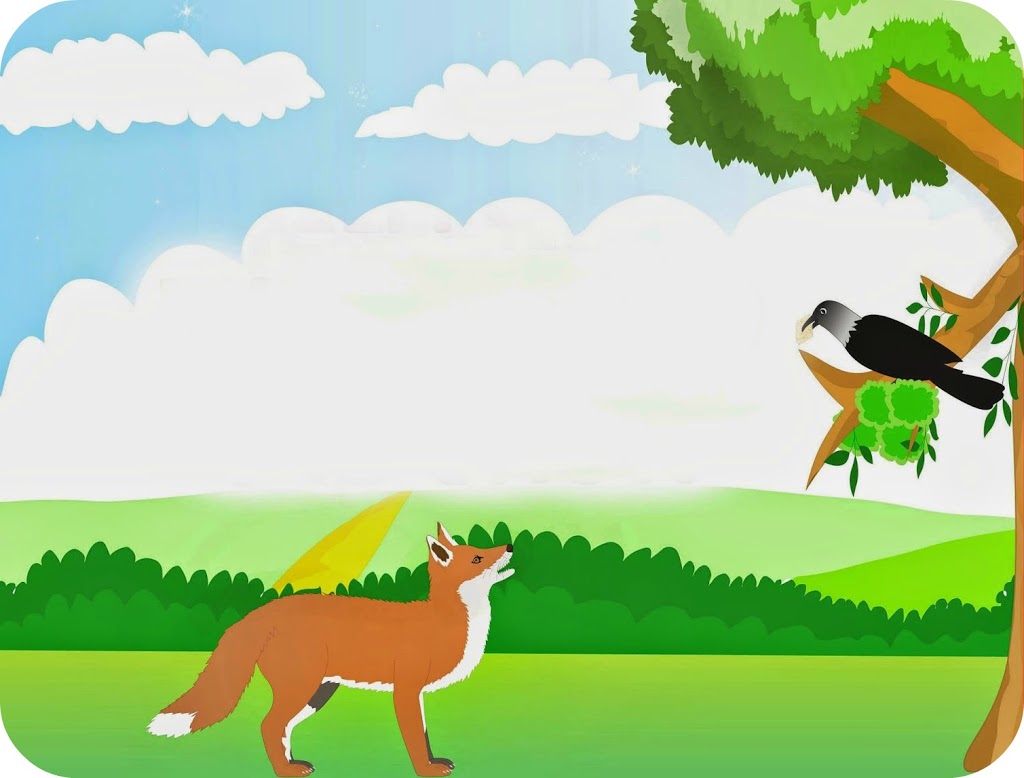 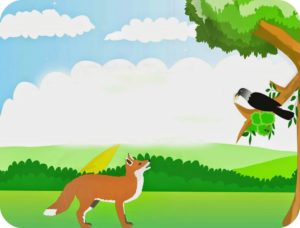 
But how? He at once planned to play a trick. He said, “How beautiful the crow is! How glossy her feathers are! But alas! God has not given her the voice to speak. He proves his cruelty in this respect.”


The crow at the high branch heard everything and was flattered by the admiration. To prove that he had a sweet voice he at once gave a loud caw.


At once the flesh dropped from its beak and without delay, the fox picked it up and went away saying, “The proud bird, had you been half as wise as you are proud, you would not have to lose the flesh.”