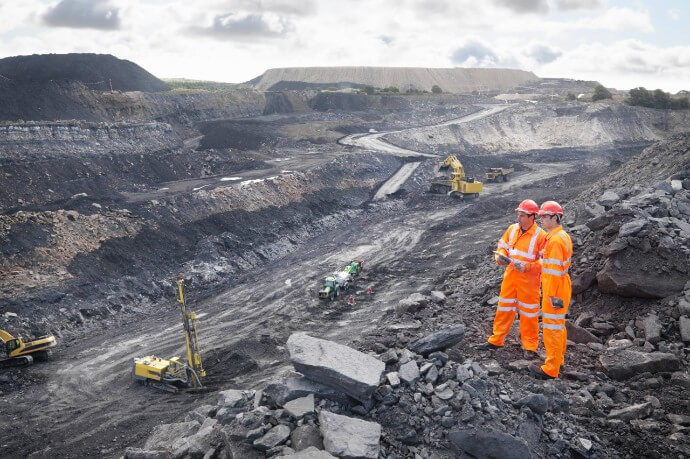 Mining is the process of digging of ground for the extraction of minerals in the form of ore. The ores are then converted into metals by the process of metallurgy which includes several other processes. But the over mining can be an issue of environmental degradation. The minerals are extracted basically for economical use. The coal is used for the fuel in thermal power plants. The others are also done for economic benefits.
But since we are so much directed towards benefits that we forget how much the excess mining is harming the environment and ultimately we are on the side of loss. Various problems of over mining include
• Deforestation
Since for more and more mining land is required and obviously using the land in metropolitan is not an option. Then ultimately for fulfilling the need if mining areas forest cover is getting reduced and also in most of the cases the land piece after mining also turns barren and cannot be used for cultivation as well. But since the mineral requirement is also necessary then this problem is neglected.
• Groundwater pollution
The mining pollutes groundwater because the ores get mixed with the groundwater and pollute it making it unfit for drinking. The water then gets so polluted sometimes causing different diseases which may become really difficult to cope up.
• Surface water pollution
The runoff from the agricultural land pollutes the waterbodies too. The mining not only harms the groundwater but also the surface water and aquatic life. The whole ecosystem gets disturbed by these activities.
• Acid Mine Drainage
Certain chemicals are harmless when present underground. But due to mine process, these minerals are present on the soil layer in the form of patches. When it rains the chemicals get harmful and gets mixed with the waterbodies affecting aquatic life and human life too. These problems are not so minor to be neglected rather it plays real havoc with nature.
• Land Subsidence
Because of over mining there arises a vacancy between two layers of soil. This, in turn, causes land subsidence and a collapse of building and roads takes place. This cause many road accidents and loss to human life and property.
• Dislocation of people
Just because the mining area is required people are asked to migrate from their native place to different places. The case study of Malguri Hills by Vedanta Complex is a perfect example for this as they asked native people to migrate from there and they did not even provide them proper places to live.
• Stress upon renewable resources
Because the miners also live at the site until mining is completed. Tus this causes natural stress over renewable resources.
• Occupational Hazards
Not only it suffers other people out there but also the people in occupation gets caught with many diseases like black lung cancer from coal mining, asbestosis from Asbestos mining and silicosis from silica mining.
Despite the occupational hazards, there are many real-life occurrences like in Chile mining case and the most recent in the country is Meghalaya Miners Case. These occurrences cause people to suffer. Accidentally the mine got closed and it caused miners to get trapped over there. Their survival was really hard under the ground. Moreover, the mine was too deep and the water was there inside therefore the rescue operation became very much difficult and people had to suffer.
The problem is that way to encourage excess mining if it is causing us to lose this much? Everything in a limit has advantages but when it gets excessive it starts to deteriorate the existing quality too. Though coal is a necessity today for the fuel requirement in power plants. But we need to reduce the need. We have to bring different plants based on renewable resources. We cannot rely on exhaustible resources every time. We should bring in the concept of solar energy, wind energy, and other renewable resources. This would also help in increasing the economy of the nation. Infect the forest area and great cultivation will also be encouraged. The environment is ours and until we ourselves do not take steps to preserve it.
For green, the healthy and serene environment it is necessary to eliminate the factors which are exploiting the ecosystem else after few decades there would be no life on the planet earth. The earth would change into mining land. So, it’s better to take a step forward in order to save the earth before its too late.