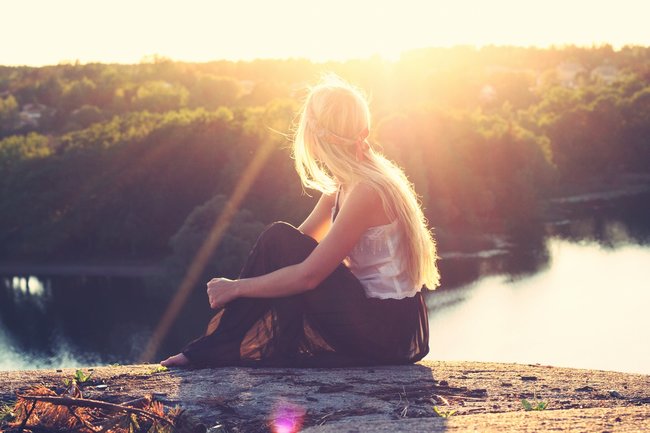 Not all the green, yellow or colorful meadows, sparkling streams with water and blooming gardens, or fragrant pastures of the earth will end all the folly and stupidity of mankind. Neither will all the man invented boggling supercomputers, glorious international space stations and prodigious feats of genetic engineering ever put an end to his irrationality.

For under the guise of religion or patriotism, he will waste all the natural resources provided by God and try to apply all his scientific expertise to obliterate his neighbor- even if it invites self-destruction. It also brings irremediable long term harm to the people.

To what situations this kind of madness is leading? Why are people turning psychopaths? Deep inside the heart of many people there exists a persisting malignant prejudice towards all those who appear different from them. A geneticist will try to sermonize and wax eloquent of all people, but he may twinge when it comes to shaking hands with the person of the other race.

Humans have a tendency to maintain a prejudice leading with every contact they come across whether it be their parents, friends, family, associates, newspapers, clothing, looks, career, and obviously race and religion. In fact, even the scientists are not found above this prejudice. Quantum Theory is the crown jewel of all physics and is written by a group of five scientists with the highest credentials. The book has five contradictory interpretations. This is just because most of our scientists are subjective and also found in some of the bias.

Maturity is when you successfully rise above these biases. It has got nothing to do with the number of degrees or dollars one has ever achieved in one’s lifetime. Maturity is when you see everything with an equal eye and with a deeply perceptive intellect and steadfast emotions. The mind must not rule over the thought rising. Both of them must be balanced and the soul must be the sovereign ruler above them.

Neither heart nor thought must be discarded. They are a necessity and a requirement to guide our everyday lives and our actions in times of emergency. This is because a person without a heart cannot think of serving a dying person in an earthquake and the person without any thought would end up hurting the same person he is trying to help.

Thus both of them are equally important because it is seen that the people who are emotionally very sensitive always end up hurting themselves just in order to save somebody else. Here also always a practical person wins and knows how to handle any situation because he has a good balance and control over both the heart and the thought as well. Peace and happiness always come from this wisdom. Even before this scientific era where natural yield and productivity used to be less such as in certain parts of Africa many people have known peace and happiness.

Even today remote tribes also exist in the countries like Africa which possess no concept of war or scientific development but they are still happily leading their life without any specific complaints. This proves that happiness and satisfaction do not come with inventions or through materialistic wealth but it needs maturity.

We have excelled in many fields, we have doctors, engineers, businessmen, teachers, artists, painters, different races, religions, castes, creed, etc but eventually, we have forgotten to play the role of a basic human being. In the hardships of life, we are continuously losing the human being inside us. We have forgotten our real entity that counts. What background did we use to possess? How are we becoming?

One of the consequences leading to it can be the mounting tensions and strife around the world: family feuds, communal riots, terrorism, ethnic cleansing, and bloody wars. We weep when any natural calamity takes off many lives but we weep longer when the terrorism or any other human being starts to become the reason for our sorrows: it is quite easier to grief over the loss which any natural calamity brings to us. But when it comes to destruction from war or terrorism the loss becomes unbearable.

Since we all are the inheritors of a beautiful, blue planet. It is our home, and right now our only home. Though other life forms are found to exist in the different universe the chance of finding intelligent life is probably zero. This only exists in our galaxy. Thus we need to focus a bit more towards the side of humanity and strive to preserve each other more.