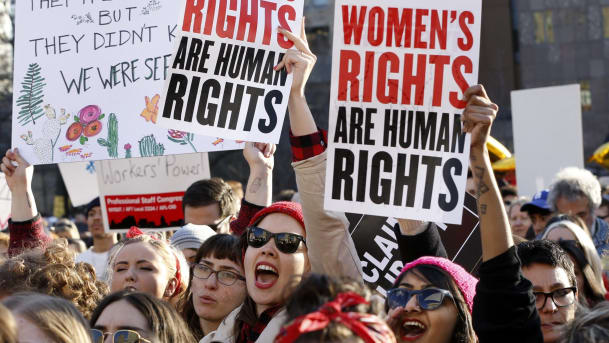 The word feminism is no longer continuing with its real meaning and effect. It has more become conventional thinking than just a perspective. Most of the people who have just become a feminist because of the trend as according to them being a feminist is the symbol of being in a cultured society. Though the word holds that reputation. But most people are now using it as a weapon against men. They do not even want the real meaning of it to get into their minds.
The concept of feminism was basically encouraged so as to empower women so that they might get out of their homes as men do. Earlier when women were not treated as equal to men and also had no rights to do anything of their desires. Then there emerged the need for being a feminist. In the former period in the rural part of the country, women had no right to take their decisions, they were not given proper education, the daughters were abused and were married to any random person with a dowry. Despite the fact that the dowry amount is given to the groom, he still tries to suppress his wife. He wants more and more money to satisfy greed. Women were not secured that every time and it was the duty of the people in the nation to overcome this problem. Thus the feminism was supported so as to provide these women with their rights. It is not any trend to be followed but nothing can be said if people took it as a weapon to resolve their personal issues. Yet at the metropolitan cities, the condition of women was not so poor that they need feminism to stand by their side.
Moreover, the rape cases which are not yet under control endangers women. The threat of being raped haunts every girl in the country. She is not yet so safe. But to support and come out of this feminism is not needed but the right upbringing for the children and the new strict laws are needed. Feminism doesn’t make crime less. It is just a social perspective to respect women and provide them with equal rights.
Feminism was used as a weapon in many places. The #me to movement can be a very good example of this where actually some those people were punished and their dignity was endangered who had no involvement in that. Though feminism is a good concept to provide women of the country strength and their rights everything that leads to degradation should be stopped.
Feminism is becoming a misconception and also regarded as a new way to praise women against women. Feminism used to be a good concept in the places where women were treated badly and they needed support. But in the places where women are given already equal importance then they are not supposed to be treated superior. Men are not to be felt inferior. In many parts of the country, there used to be women in great threat and were treated so inferior to men. This is still a problem in many places. And to provide encouragement and empowerment of those women the feminism was promoted. But it has now converted into a standard and because of this men are suffering in many fields. The feminism was to provide women with equal rights. And all those who support feminism at stake of treating men inferior are basically the social misfits. The need of society is to be understood correctly not on the basis of gender. To stop gender biasing there was the concept of feminism and now if it continued then we will surely be wanting a standard to support men too. This will make no end to gender inequality.