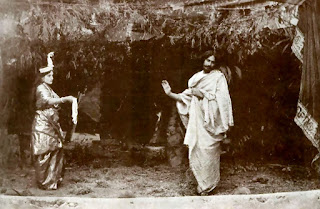 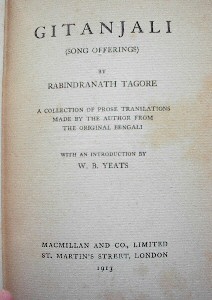 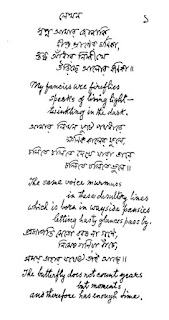 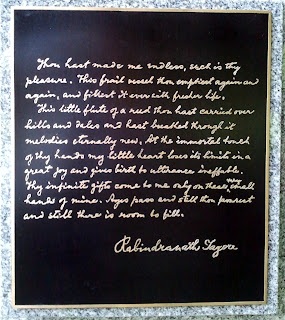 Rabindranath Tagore is called as the writer of the writer. Most of the writers are inspired by his writings. His powerful presence will always be there in the literature of world especially in India and of course in Bengali literature.

Rabindranath Tagore was the winner of The Nobel Prize in literature in the year 1913 for ‘Geetangali’, which is a collection of his poems. The English translation of this book was published in March 1913. It became so popular that it was reprinted ten times within the month of November 1913. Anna Akhmatova translated the poems of Rabindranath Tagore in Russian Language.
Rabindranath Tagore is the only poet in the universe whose name is associated with the three National Anthems of three different countries in the world. India’s National Anthem ‘Jana Gana Mana’ is written and composed by him. The National Anthem of another country Bangladesh- ‘Amar sonar bangla’ is also written and composed by Rabindranath Tagore. Srilanka’s National Anthem ‘Apa Srilanka Nomo Nomo Nomo’ is originally penned from his writing.
Rabindranath Tagore was a versatile genius. He was a good poet, a genius short story writer, a talented novelist, an essayist, a dramatist, an educationist, a philosopher, a painter, a lyrical genius, a singer, a composer, a great spiritual genius.
Rabindranath Tagore was a good musician and a painter. More than 2230 songs are written by him. Is many songs are connected to his novels, short stories and plays. The different sides of human emotions and feelings are revealed in his songs. There are spiritual feeling, feelings of love and romanticism, picture of nature in his songs.