The seven sister states of India is also known as “Paradise Unexplored” a name given to neighboring states of northeastern India. Arunachal Pradesh, Assam, Meghalaya, Mizoram, Nagaland, and Tripura in northeastern India. These states cover an area of about 250,000-kilometer square or about seven percent of India’s total area and had a population of 38.6 million in 2000. There is a good ethnic and religious diversity within the seven states, and they also have similarities in political, social and economic contexts. The states share international borders with many countries. Arunachal Pradesh shares an international border with Myanmar in the east, with China in the north and with Bhutan in the west. The states attract young travelers and explorers from all over the world with different tribal, and ethnic groups, religions, festivals, and fabulous landscapes.

Seven Sisters Of India And their Capitals

History of the Seven Sister Of India

The history of the Seven sisters Of India is very interesting and deep-rooted. After independence(1947) there were only three states which covered the area. Assam was a huge state and then its capital was Shillong(Current day Meghalaya’s capital) and Manipur and Tripura were princely states. The rest of 4 states were formed after independence. Nagaland in 1963, Meghalaya in 1972, and Mizoram and Arunachal Pradesh in 1987.

Interesting Facts About The Seven Sisters Of India

• The seven sisters of India have international boundaries(Myanmar, Bangladesh, China, and Bhutan).
• Tawang Monastery of Arunachal Pradesh is the largest monetary in India.
• Loktak Lake, in Manipur, is India’s largest freshwater lake.
• Mawlynnong village if Meghalaya is the cleanest village of Asia.
• Mawsynram claims to have the highest rainfall on earth.
• India’s oldest oil refinery in Digboi, Assam.
• Ahom Dynasty of northeast India is the biggest undivided dynasty in India, ruled by the Ahom Kingdom for nearly 600 years.

The Seven Sisters of India have an affluent and captivating tribal history. All these states are domiciled on different native, rituals and festivals practiced by tribal communities for over many years. So have a look at some of the most popular festivals of these states.

It is one of the significant and famous festivals of India. The festival is celebrated by Ao Naga Tribe. The major reason behind celebrating this festival is to urge God’s blessings and provide entertainment to the tribe after buzzing activities like sowing seeds, clearing the wells, repairing their houses.

This festival is heaven for music freaks and culture enthusiasts. The festival is a 4-day long music carnival celebrated in ziro region of Arunachal Pradesh. On this festival stalwart from different corners of the world perform, here you get to listen to music maestro’s like sulk station, sky rabbit as well as new musicians.

It is one of the major festivals of seven sisters of India. This festival is celebrated in the month of April. On this festival, local Peoples of Manipur clean their houses, wear new clothes, exchange greetings and sweets on the occasion of the new year.

This festival is also known as shad nonhkrem. It is one of the liveliest festivals in November in India. In this festival native tribes of Meghalaya show respect to goddesses Ka Blei Synshar for a prosperous and good harvest. Each year 5th June is celebrated as world environment day as decided by the United Nations (UN)
India is the global host of celebrating the day in the year 2018. The theme this time is ‘Beat Plastic Pollution’. The campaign started in the year 1974 and since that time 5th June is the day for like-minded people to exchange the message with each other. On his greetings for the day, Indian Prime Minister Narendra Modi emphasizes on ensuring the future generations a green and clean environment in harmony with nature.
The president of India Ramnath Kovind says about reaffirming our commitment to a cleaner and sustainable earth. Vice president M. Venkaiah Naidu requested citizens to go back to our roots and protect the nature. He says that time has come for every citizen to hand in hand together to abolish single-use plastic and save the environment.
As observed by the United Nations, the plastic produced in the last decade is much more than the plastic produced in the last century. According to Central Pollution Control Board report, about50% of plastics used are single-use products like straws. About500 million straws are used every single day in the U.S. alone. For India 2018 World Environment Day is a mission. At an event Harsh Vardhan, Union Environment Minister urged every Indian to take up Gren good Deeds in their everyday life.
Some facts related to Plastic pollution
In every single year, up to 5 trillion plastic bags are used. 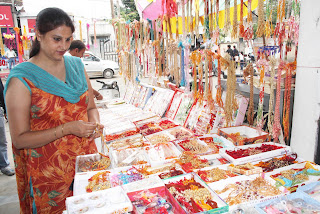 ‘Raksha Bandhan’ or ‘rakhi utsav’ is the knot of love and protection between sisters and brothers all over the world. On this festival usually sisters tie a sacred thread or rakhi on the waist of a brother. It is a symbol of love to the brother and also it is a prayer for the well being of the brother. It also symbolizes that the brother will protect the sister always. The meaning of the word ‘raksha bandhan’ in Sanskrit Language is the ‘protection bond’.
Rakhi is mainly a festival of the Hindu people but it is now celebrated among all religions around the globe. 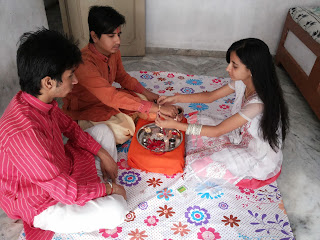 Social bond for universal harmony and brotherhood………..
Rakhi not only symbolizes a bond between a brother and a sister. It also inspires universal brotherhood. It brings harmony in our society also. Rabindranath Tagore, the famous Indian poet and Nobel Prize winner popularized this festival as a symbol of love and unity between Hindu and Muslim community and in the broader sense between all the communities of the world. 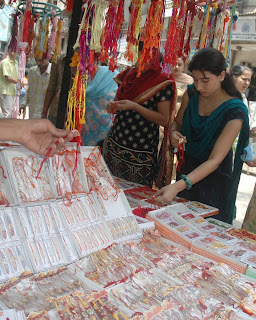 In ancient India the queens of Maratha and queens of Rajput used to send rachis to the kings of Mughal. The Mughal emperors used to accept the sacred offerings and also used to offer help in return. 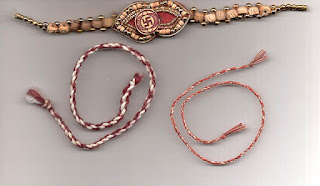 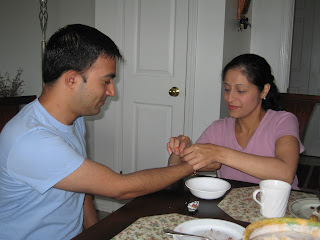 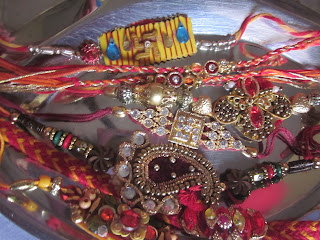 There is a story in Purana. Vishnu defeated Bali, the demon king and became the winner of the three worlds. The demon king Bali requested Vishnu to live with him. Vishnu accepted his request. But Goddess Lakshmi was not at all happy with the new friendship of king Bali and his husband Vishnu. And she was also not interested in to stay in Bali’s palace with his husband. Lakshmi tied a sacred thread of Rakhi on the wrist of Bali and in this way made Bali her brother. Bali in return asked Lakshmi ‘what Lakshmi wants as a gift from his newly made brother’. Lakshmi requested Bali to free his husband God Vishnu from the promise of staying in Bali’s palace. Bali fulfilled her desire and also honored Lakshmi as his sister. 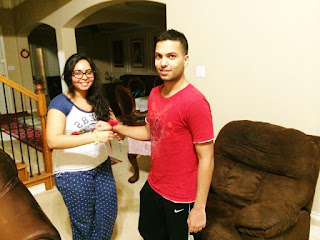 Story of Draupadi and Krishna…..

Story of King Puru and Alexander……

There is a story that when King Alexander was invading India, his wife Roxana sent the sacred thread of Rakhi to king Puru and requested him not to hurt Alexander in battlefield.  King Puru respected the sacred tradition. On the Warfield just before delivering the final blow to King Alexander he restrained himself when he saw the sacred Rakhi on his own hand.