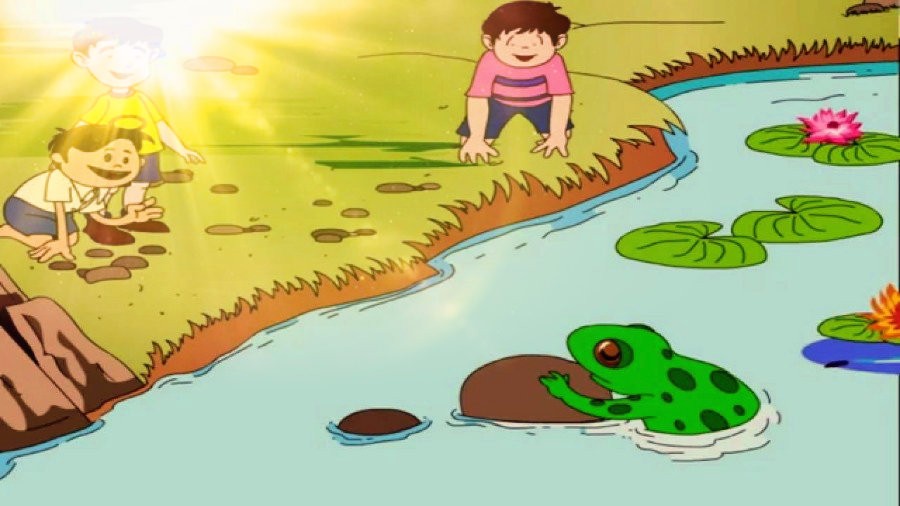 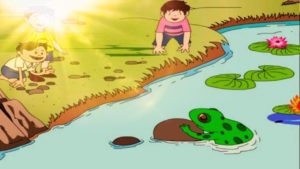 Ina hot summer day some frogs were playing in a small pool of water. Beside that there was a playground where some wicked boys were playing. The frogs were croaking there in joy for the approaching rain. Their heads were just above the water.
Being attracted by their croaking sound the boys came to that small pool. Seeing their heads above the water the wicked idea of a new game came into their brain. They picked up pebbles and aiming their heads they began to pelt those at them.
The stones hit the heads of many frogs and the innocent beings became wounded. Some of them even lost their lives. The boys began to laugh in such a fun and enjoyed the game. The frogs being very much afraid, began to run here and there to save themselves from such a danger.
At last an old frog raising its head said in a piteous voice, “Why do you pelt stones at us? What harm have we done to you? You must not be cruel to us.” Then one of the boys said, “It is a great pleasure to us to have such a sport.” Then the old frog said again, “It may be a sport to you but it is death to us.
Moral : What is a game to one, may be the cause of death to other.